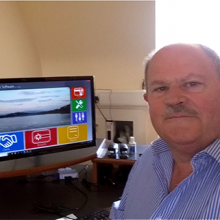 In 2001, our CEO Pat McCosker took early retirement from his position as a Bank Manager and turned his 30 years of banking, finance and tax experience to the field of legal accounts. Starting out with a handful of clients, he developed his custom in house reconciliation programmes and quality assurance triple check testing. CBS Ltd is now widely recognised as an industry leader in the field of legal bookkeeping.

CBS’s reputation is such that Pat has often been called upon by practices that find themselves in difficulty. Often on the recommendation of an auditor, solicitors will contact Pat to help with situations such as unbalanced accounts, deficiences and errors in postings, or where a Law Society inspection has highlighted problems. CBS have never failed to turn practices around in such situations, and many of those who have been helped in a time of crisis remain with us as loyal bookkeeping customers. 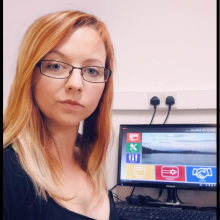 Emma is the Office Manager in Computerised Bookkeeping Systems, where she has worked for the past 14 years. She has a background in accounts and auditing, with a total of 20 years’ experience in the area.

Emma has an in-depth knowledge of Solicitors Accounts Operations and the issues that can arise for Solicitors in the area of Practice Financial Management and compliance with Law Society Regulations. She is normally the voice at the end of the phone when you call, and the first point of contact for all your enquiries, queries and posting assistance.

We use cookies on our website to give you the most relevant experience by remembering your preferences and repeat visits. By clicking “Accept All”, you consent to the use of ALL the cookies. However, you may visit "Cookie Settings" to provide a controlled consent.
Cookie SettingsAccept All
Manage consent

This website uses cookies to improve your experience while you navigate through the website. Out of these, the cookies that are categorized as necessary are stored on your browser as they are essential for the working of basic functionalities of the website. We also use third-party cookies that help us analyze and understand how you use this website. These cookies will be stored in your browser only with your consent. You also have the option to opt-out of these cookies. But opting out of some of these cookies may affect your browsing experience.
Necessary Always Enabled
Necessary cookies are absolutely essential for the website to function properly. These cookies ensure basic functionalities and security features of the website, anonymously.
Functional
Functional cookies help to perform certain functionalities like sharing the content of the website on social media platforms, collect feedbacks, and other third-party features.
Performance
Performance cookies are used to understand and analyze the key performance indexes of the website which helps in delivering a better user experience for the visitors.
Analytics
Analytical cookies are used to understand how visitors interact with the website. These cookies help provide information on metrics the number of visitors, bounce rate, traffic source, etc.
Advertisement
Advertisement cookies are used to provide visitors with relevant ads and marketing campaigns. These cookies track visitors across websites and collect information to provide customized ads.
Others
Other uncategorized cookies are those that are being analyzed and have not been classified into a category as yet.
SAVE & ACCEPT